A Peek Into the Middle Ages – Medieval Torture Equipment Exhibition in Toledo, Spain

|In Travel, Spain, Europe
|By Piritta

Do you want to know how the notorious “Iron Maiden” actually looked like? How about a real guillotine among other torture equipment also used by the Spanish Inquisition in the Middle Ages? Then this permanent exhibition in Toledo is for you.

This exhibition called “Ancient Instruments of Torture” fits somehow perfectly into the medieval mystery town of Toledo, in Castille-La Mancha in Spain. Inside its walled Old City lies a beautiful labyrinth of narrow streets between the old stone houses and citadels.

Toledo is also a Unesco World Heritage Site, because of its monumental heritage and historical co-existence of three cultures – Christian, Muslim, and Jewish. Inside one of the medieval buildings, in Exhibition Hall Alfonso XII (C/ Alfonso XII, 24 Bis), you can find this – a bit disturbing – collection of instruments of pain.

An Insight Into the System of Torture

The Inquisition was established by Queen Isabella I of Spain, in 1478. Originally it was mostly intended to ensure the orthodoxy of those who had converted from Judaism and Islam. But also, other motives have been surmised, like increasing political authority, and profiting from confiscation of the property of the convicted “heretics.”

This exhibition peeks into the social changes which resulted in the practice of torture and the organization of the inquisitorial courts in Europe. It’s quite small, but pretty comprehensive and gives you a quite detailed view into the system of torture and its practices from the Middle Ages to the 19th century.

It’s divided into five sections, each having its own angle to the subject. The first two will show social, political, and religious aspects that comprise the activities of the Court. The third is focused on the inquisitorial process, the fourth shows the “Auto de fe” (public penance of heretics by the Inquisition in medieval Spain and Portugal), and the fifth is focused on “Witches and sorcerers traffic.” Let’s dive in!

Hooded Inquisition in the torture equipment exhibition in Toledo, Spain 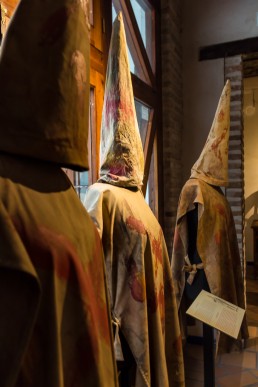 Guillotine in the torture equipment exhibition in Toledo, Spain 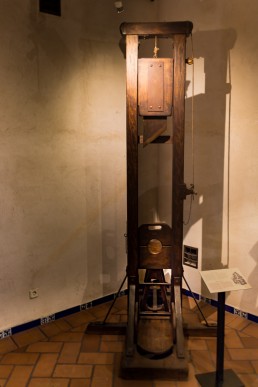 The blade of the guillotine in the torture equipment exhibition in Toledo, Spain 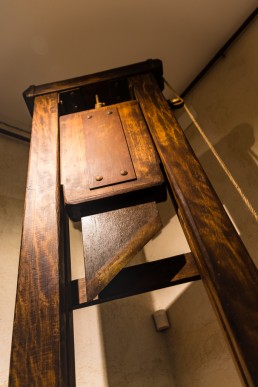 The notorious Iron Maiden in the torture equipment exhibition in Toledo, Spain 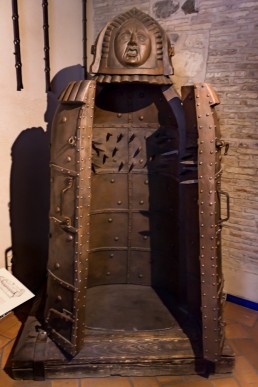 Getting a Realistic View of the Torture Equipment

Inside the old stone walls hangs a quaint atmosphere, and people with seemingly mixed feelings. Others are examining all the infographics and equipment very carefully while others can’t hide their feelings of disgust.

My feelings are somewhat mixed between these two. I always enjoy learning about historical facts, and I relate to this analytically. It’s interesting to learn about all the different artifacts and their purposes, but when I think about how the tortured people have felt, it gives me shivers. Big time.

Most of the artifacts are designed to inflict as severe injuries as possible, without causing instant death. Though many of the equipment, like “the rack” or the notorious “iron maiden“, caused a slow, inevitable death.

If you try to imagine how it could have felt when the rustic, sharp, steel spikes have slowly penetrated into the flesh of the tortured, the thought will get you sick.

The Spanish Inquisition in the torture equipment exhibition in Toledo, Spain 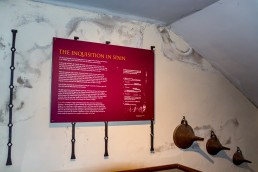 Masks of shame for the gossiping people in the torture equipment exhibition in Toledo, Spain 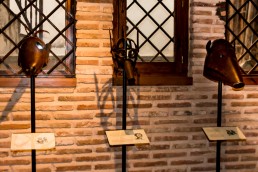 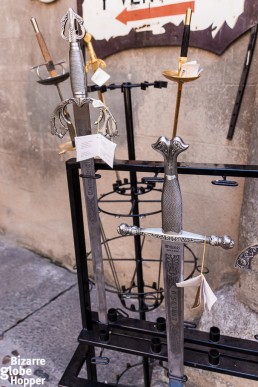 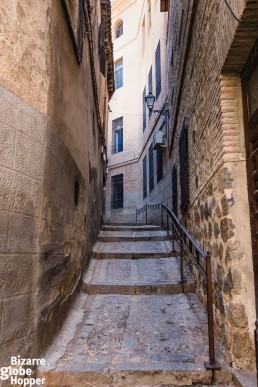 There are also artifacts of mental torture, rather than physical. Various animal masks of shame were reserved for gossiping people, and drunkards were locked inside a heavy, wooden barrel called “the vat,” which they were forced to carry around.

Imaginative artifacts, but at any point you can’t escape the fact that the inquisitorial system was one of the cruelest organizations the Christianity has produced over the course of history.

I also usually don’t pose any religious opinions, but I have to say that I really can’t think of any honestly good thing that has come from religions, any of them. Too much cruelty has been done in the name of religions throughout the history. This exhibition is just one example of that.

Institutions aren’t good for rational and analytical thinking. I believe that people should always think by themselves, and take the responsibility for all their actions by themselves.

The Middle Ages were the Middle Ages, but people are still as cruel as they were in those days. The cruelty has just changed its shape. So in a way, even today this exhibition is not so far from the reality. This is another thing that gives me shivers.

Torture wheel in the torture equipment exhibition in Toledo, Spain 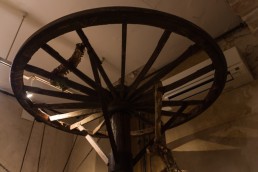 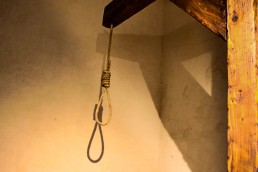 Chair with spikes in the torture equipment exhibition in Toledo, Spain 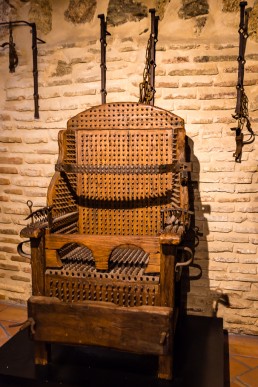 Stretching bench in the torture equipment exhibition in Toledo, Spain 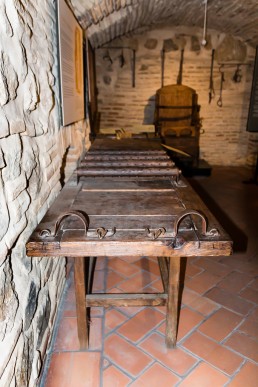 How to Get to Toledo?

Toledo is only a 30 minute’s train ride away from Madrid. A most convenient place to catch the train is the Atocha Renfe station. You can get there by metro. The ticket to Toledo costs only 10,60€/one way and can be bought online from the pages of RENFE or directly from the train stations.

If you’re heading to Toledo on a weekend, like many Madridians also like to do, I’d suggest buying your tickets in advance. The trains can be fully booked.

Have you visited in a Torture Equipment Exhibition somewhere? What thoughts it evoked on you?

Dance with the dead in a medieval funeral crypt, feel the glory of the Roman Empire, and crown the day with a sweeping view from the castillo. 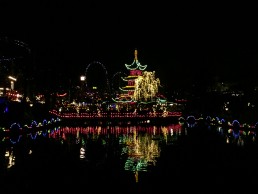 Wander through Copenhagen’s Christmas markets, marvel Tivoli in its Christmas gown and sip Danish winter brews to catch the spirit of Yule.

Thanks for the post, the photos are certainly interesting.

This view of the Spanish Inquisition is no longer tenable, I’m afraid. It is an anti-Catholic myth that arose for complex reasons, having to do with English political propaganda such as “The Black Legend.”. The good news is that the original sources on the Inquisition are fully available to historians and no longer secret.

You may be interested in the book by the English historian and world authority on Spanish history – Henry Kaman “The Spanish Inquisition: A historical revision.” There is also a BBC documentary from a few years ago that clears some of the myths up.

I think you may be surprised what you find!

Hi, Grant! Thanks for your comment and for the book tip. I will certainly check it out sometimes, you awoke my curiosity, for sure.
Have great and safe travels!